In addition, “world 3” simultaneously released a collection of creative wall paintings, inviting players to create patterns with the theme of national style and traditional culture. Recently, after the completion of the classroom, the mural Department of the Central Academy of fine arts has painted this work on the wall, which combines the hearts of the official and the players, so that the children in Sichuan and Tibet can feel the charm of national style and ancient charm, and become the inheritors of traditional culture together

After the on-the-spot investigation, Tianxia 3 decided to use the wall painting method to draw the creative pictures with the theme of national style on the white wall of the school, so that when children play outside, they can also feel the artistic accumulation of traditional culture most intuitively, adding a touch of national style color to their childhood 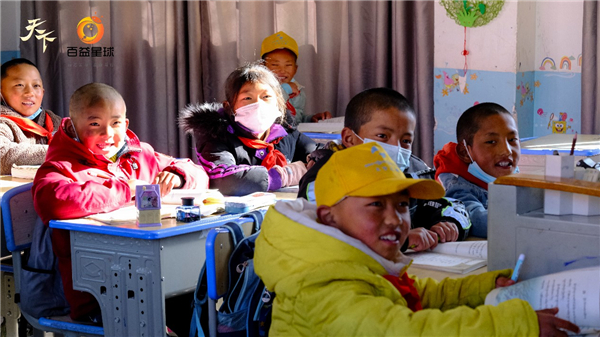 Finally, according to the contributions and feedback of enthusiastic players, the theme of wall painting is determined as “Yugong moving mountains” after considering the school environment and the school’s opinions; The “Chinese myth” series created by the world’s IP and the famous national style cartoonist Wu Qingsong are depicted on the wall. This wall painting will not only accompany the children’s happy growth, but also express the wishes of all participants: I hope that the children can have the unremitting spirit of Yugong moving mountains, and “walk out of the mountains” through unremitting efforts to pursue their own ideals

After the completion of the art classroom, Liu Yang and Zhu Siyuan, students of the mural Department of the Central Academy of fine arts, set out for the primary school of Jiawa town in Litang County for wall painting. They also have their own views on traditional culture. “Free painting under the guidance of traditional Chinese Aesthetics” has always been their idea, and the works born from it, which integrate national style and modern elements, are warmly welcomed by children. At the same time, they did not forget to “teach people to fish”. They taught the children to draw some simple strokes, sit on the playground and tell some stories about the national style, which ignited their enthusiasm for the national style culture in their hearts 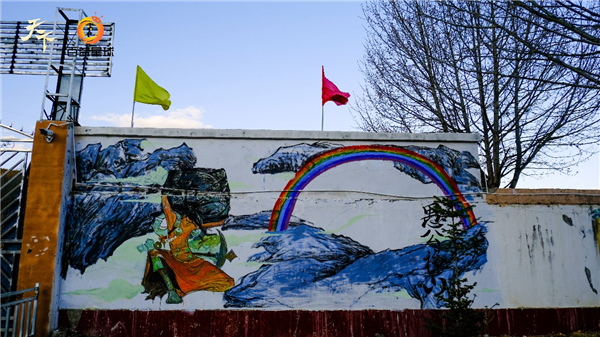 With the development of IP in the world, it is not only a work, but also a force, which is injected into the field of public welfare and cultural inheritance. It can be said that the national wind wall painting has not only brought a lot of color to the children in mountainous areas in their childhood, but also provided a possibility of emotional expression for sustainable development. In the process of the integration of tradition and public welfare, the seeds of aesthetic education have been buried in the hearts of the children in mountainous areas. They will gradually learn to feel the traditional culture and continue its context, And gradually find their own role in the process of growth

What surprise will Tianxia 3 bring us in the future? Let’s see